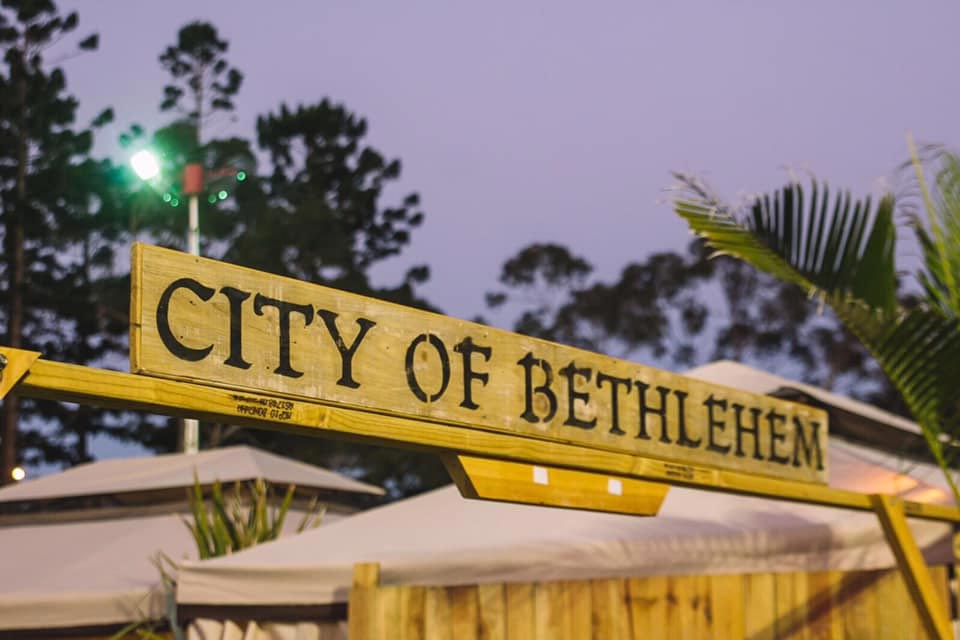 The Nativity story is an integral part of the fabric of Christmas, no matter your religious or non-religious beliefs.

But what did the city of Bethlehem look like at the time of Jesus birth? Who was there and what was happening as Mary and Joseph traveled to take part in the Census as decreed by Caesar Augustus?

BETHLEHEM LIVE is an attempt to capture the feel and look of what this small Middle Eastern Town would have looked like and provide an opportunity for families and individuals to engage with the story of Jesus Christ’s birth. In 2017, over 8,000 thousand people registered in our own census as having visited Bethlehem Live throughout the 4 nights it was open.

This year’s festival will once again be held at Central State School thanks to our many sponsors including Bundaberg Regional Council and major sponsor St John’s Grace Fund.
Best of all, its free to come and wander through the city, visit the merchants, and encounter the Roman Soldiers. While in Bethlehem you can also hear more about the special birth that was foretold to happen in that city.

Children are especially welcome with special activities aimed just at them that are hands on and interactive.

Outside the city walls, there will be food vendors and live music to invite you to sit, relax and enjoy a special Christmas festival, unique to the Bundaberg Community.

WHERE: Bundaberg Central State School
WHEN: 6:00pm – 9:00pm Tuesday 18th, Wednesday 19th, Thursday 20th, Friday 21st
WHAT: Bethlehem Live – a free community Christmas event by Scripture Union QLD in conjunction with Combined Churches of Bundaberg.
WHY: An opportunity to share with the community of Bundaberg, a free family activity that tells the story of the very first Christmas and its importance to the fabric of our society.

Please Note: Media are especially invited to the opening ceremony on Tuesday December 18th at 5:45pm. Dignitaries include: Stephen Bennett MP, David Batt MP, Keith Pitt MP and Cr Helen Blackburn.
Video, audio and stills are welcome to be captured across the 4 nights.