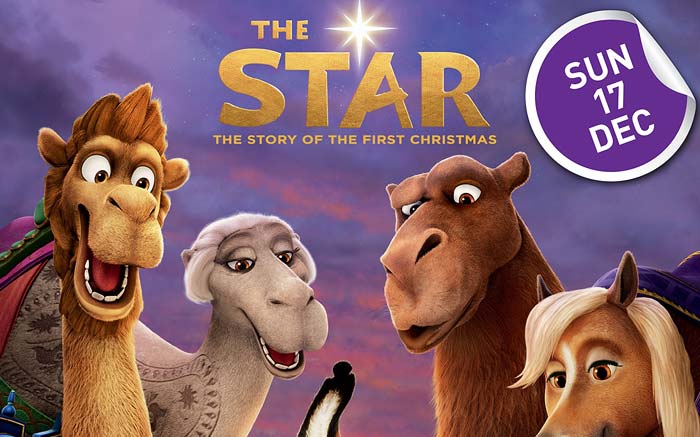 Every year around this time, the Christmas movies start appearing. Whether its Miracle on 34th Street, Elf, The Santa Clause (or its many sequels), Santa Paws or anything else…there always seems to be a common thread – can you guess it?

Nothing against this age old tradition; after all it is based on St Nicholas a European Priest who gave gifts at Christmas time (http://www.stnicholascenter.org/pages/home/); but how about a story of the very FIRST Christmas?

This year as part of the lead up to Bethlehem Live, the Combined Churches of Bundaberg are screening a brand new animated film that not only explores this first Christmas, but takes it on a different angle – by exploring it from the animals’ perspective.

A small but brave donkey named Bo yearns for a life beyond his daily grind at the village mill. One day he finds the courage to break free, and finally goes on the adventure of his dreams. On his journey, he teams up with Ruth, a lovable sheep who has lost her flock and Dave, a dove with lofty aspirations. Along with three wisecracking camels and some eccentric stable animals, Bo and his new friends follow the Star and become accidental heroes in the greatest story ever told – the first Christmas.

The movie features the voice talents of some very well known actors including Patricia Wheaton (Everybody Loves Raymond, The Middle), Zachary Levi (Tangled, Thor) and celebrities Kelly Clarkson (American Idol) and Oprah Winfrey. Having already been released in the USA, American film reviewers are loving it and Christian reviewer Dr Ted Baehr’s “Movie Guide” described the movie as “a wonderful, hilarious, deeply reverential animated family movie centred on the birth of Jesus… THE STAR is tremendous fun, with great moral, spiritual lessons along the way.”

Bethlehem Live is deliberately a free event and we want to keep it that way. Thanks to the wonderful team at the Moncrieff Entertainment Complex, The Combined Churches of Bundaberg are offering this movie as a fundraiser as well as a family movie event. Tickets are only $10 each and any profit that is made will go back into helping to run Bethlehem Live.

We would love to see you and your family come and enjoy a movie afternoon in air conditioned comfort. Sunday December 17th, 2pm at the Moncrieff in Bourbong Street. Tickets are available from the theatre box office or can be purchased online (with no extra booking fee)