Bethlehem Live is back for 2019 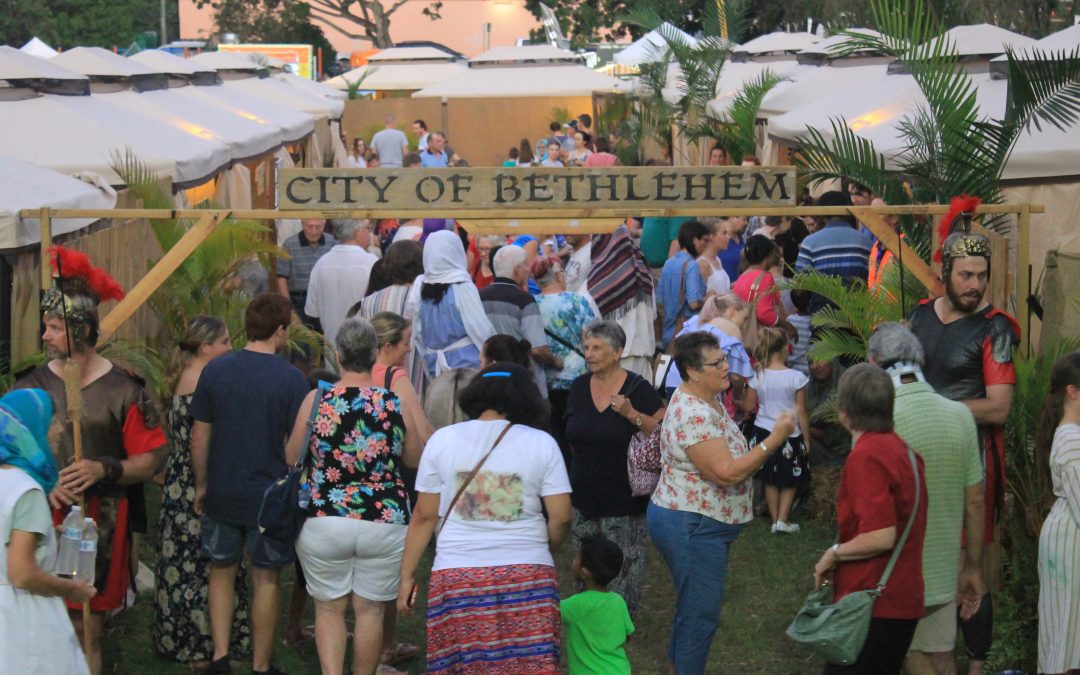 With over 8000 people visiting in 2018, Bethlehem Live organisers are excited about what impact this year’s event will have on the Bundaberg region.

Now in its 4th year, Bethlehem Live, a project of Scripture Union Queensland and the local Christian churches of Bundaberg, aims to bring a glimpse into what the city of Bethlehem might have been like over 2000 years ago, at the time of Jesus’ birth.

Event Director Lisa Hardie says it’s an opportunity to share a little about the meaning of Christmas, but also a way to give something back to the community.

“Our city of Bethlehem is an interactive experience” she says “we want families to come down to the Central State School oval and experience the sights, smells and feel of a moment in history and to do so in a way that doesn’t involve spending heaps of money”

There is something for everyone!

This year, Bethlehem Live kicks off on Tuesday December 17th with an official opening ceremony at 5:45pm and will run over 4 nights from 6-9pm.  Each night visitors to the ancient city can interact with merchants, travellers and soldiers, visit the baby animals in the petting zoo and hear the story of the birth that changed the world from a locally written play. Kids can even enjoy activities aimed just at them, like signing up at the Roman Soldiers recruitment centre, participate in several craft activities, Bethlehem games and a follow the star cryptic clues trail. Outside the city, families can enjoy our free photo booths, array of food vendors and live musical acts including a special 1-hour Community Christmas Carols from 8pm on Thursday 19th December. (Please note Bethlehem City gates will close for the Carols at 8pm)

WHAT: Bethlehem Live – a free community Christmas event by Scripture Union QLD in conjunction with Combined Churches of Bundaberg.

WHY: An opportunity to share with the community of Bundaberg, a free family activity that tells the story of the very first Christmas and its importance to the fabric of our society.

Video, audio and stills are welcome to be captured across the 4 nights.